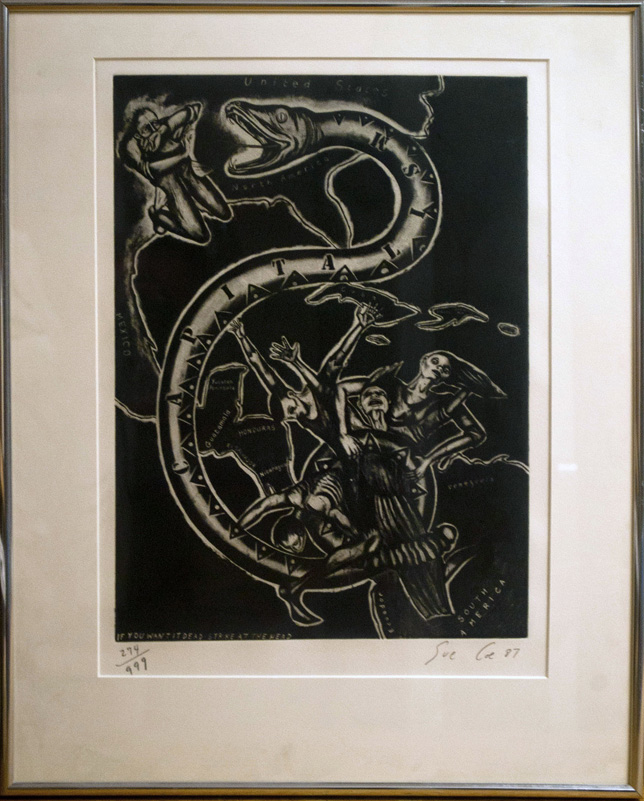 Sue Coe (born 1951 in Tamworth, Staffordshire) is an English artist and illustrator working primarily in drawing and printmaking, often in the form of illustrated books and comics. Coe studied at the Royal College of Art in London, lived in New York City from 1972 to 2001. She currently lives in upstate New York.

English painter, draughtsman, etcher and mixed media artist. She studied at Chelsea School of Art, London (1968–71) and at the Royal College of Art (1970–73. After graduating she moved to New York, where she taught at the School of Visual Arts until 1978; she also began to illustrate for newspapers and magazines such as the New York Times. Coe made images that protested against social and political injustice, with early themes being the Ku Klux Klan and street violence, using an exaggerated, sometimes caricatured realism, as in The Klan (1976; see Paintings and Drawings, 1985). During the 1980s Coe’s imagery became more expressionist, and she tackled subjects from US foreign policy to rape, for example US Military Successfully Bombs a Mental Hospital in Grenada (1984; New York, Met.). A theme that was to become dominant in the 1980s and the 1990s was the mistreatment of animals, both for scientific experimentation and food. Her book Dead Meat uses the mistreatment of animals as a microcosm of society, exploring the negative aspects of capitalism and greed in symbolic and graphic terms. During this period Coe’s work became increasingly stark, using collage, drawing and painting in a style reminiscent of artists such as Otto Dix. Coe considers herself as more of a journalist than an artist and continues to make images for newspapers and magazines, protesting against wars, prejudice and inequality. 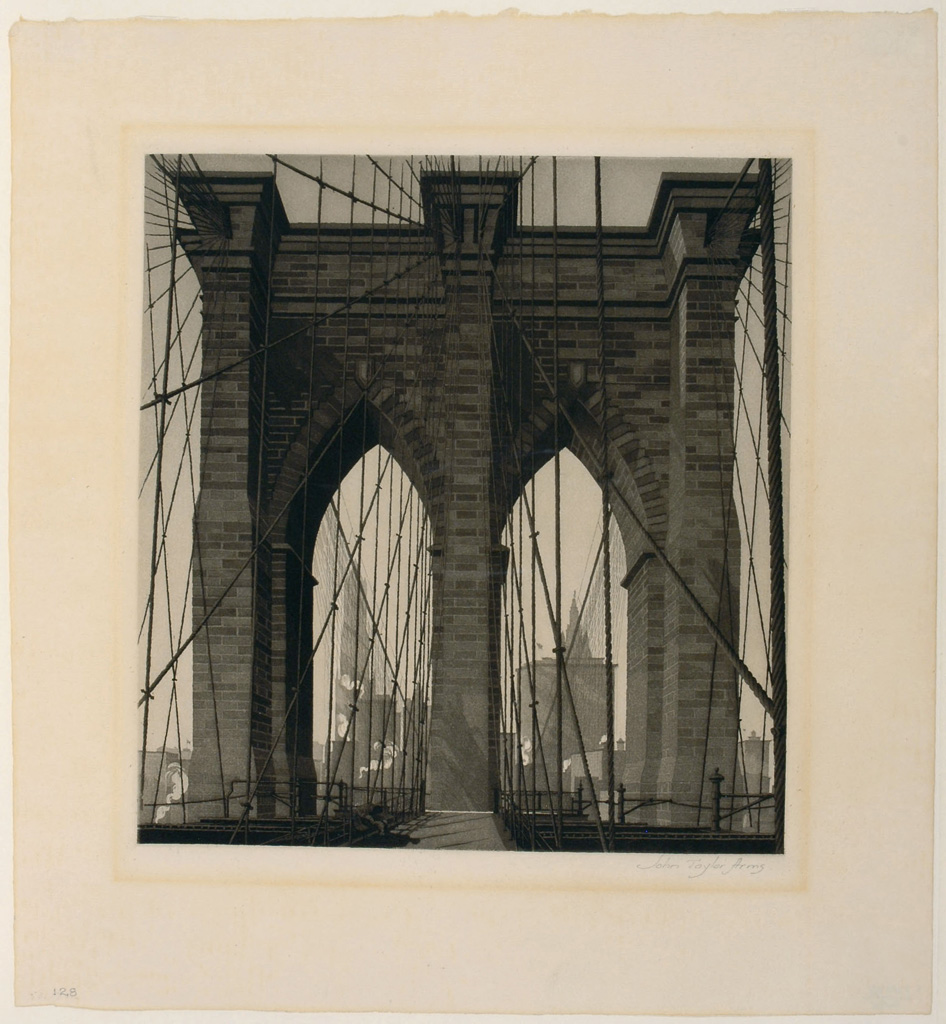 John Taylor Arms began his education at Princeton University. There he got involved with the engineering program, but after two years decided to transfer to MIT’s architecture program. He finished his education there in 1914 and continued to live a life most ordinary, with a wife and family following the war. He worked as an architect for many years and finally became a partner in his own architectural firm. His interest in etching began when his wife had bought him a kit to use as a hobby; this hobby soon turned into a passion, and Arms began etching his way through New York, focusing on the Brooklyn Bridge and cityscapes. After exhausting his interest in New York City scenes, Arms focused more interest on the other side of the Atlantic. He took many trips to Europe and completed series of gargoyles, French cathedrals, Italian cathedrals and Venetian cityscapes. The consistency within these works is found in their intricacy. Using great detail, Arms gave his audience the opportunity to draw intimacy from his works. Since his works are incredibly specific in depicting simple subjects—a gargoyle, a church, an alleyway—the viewer is comfortable looking at the print for a long period of time. The detail enhances the experience.  Throughout his artistic life, Arms dedicated himself to educating the public and sparking interest in graphic design, specifically etching and printmaking. He was a member of many printmaking societies, serving as president of the American Society of Graphic Artists, and he held many workshops and lectures around the country. These efforts teaching definitely slowed Arms’ work rate, but he still created an impressive amount of quality works. His pieces vary in both subject and size, ranging from 5 x 7 millimeters to somewhat larger prints over twelve inches long.   The combination of Arms’ attention to detail and philosophy made him a unique artist. The amount of detail in his etchings can be attributed to his educational background in architectural drawings. The painstaking style of etching he utilized is difficult to master, but once developed produces prints that are believable mainly because of the exactness of the artist’s perspective. So many artists are concerned with either making sure that they are being true to the form or their emotional attachment to the subject, but Arms chose a more holistic approach. He tried to bring together the spiritual and technical aspects of art. He sought to associate the physical structure of a building with the sensation a viewer felt standing in front of a massive structure. This cohesive style draws the viewer’s eye to examine an Arms piece from multiple perspectives, creating a connection not often evoked by similar subjects as depicted by lesser artists. 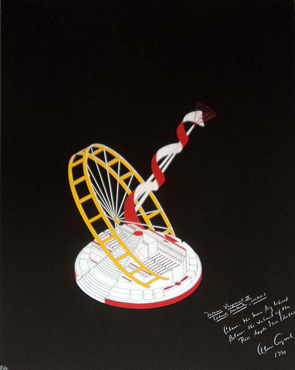 Alice Aycock was born in Harrisburg, PA. She received a B.A. from Douglass College and an M.A. from Hunter College. She has exhibited in major museums and galleries nationally as well as Europe and Japan. Currently she is represented by Galerie Thomas Schulte in Berlin and Fredric Snitzer Gallery in Miami. Her works can be found in the collections of the Museum of Modern Art, NY, the Whitney Museum of American Art, Brooklyn Museum, the Louis Vuitton Foundation, LA County Museum, and the National Gallery. She exhibited at the Venice Biennale, Documenta VI and VIII in Kassel, Germany and the Whitney Biennial. She has had two major retrospectives.
Aycock’s early public works are land pieces that involve reshaping the earth such as A Simple Network of Underground Wells and Tunnels, Low Building With Dirt Roof (For Mary), and the Williams College Project, all situated on farms in Pennsylvania, New Jersey, and Massachusetts While these pieces have become subjected to the weather and are no longer there, she has continuously worked on outdoor pieces and installations that are permanently sited in public and private places. Aycock’s public sculptures can be found in many major cities in the U.S.
Alice has been a member of the New York City Design Commission since 2003 and she has also been appointed to the GSA’s National Register of Peer Professionals. She received the Americans for the Arts Public Art Award in 2008 for “Ghost Ballet for the East Bank Machineworks” in Nashville, Tennessee. She has taught at numerous colleges and universities including Yale University (1988-92) and as the Director of Graduate Sculpture Studies (1991-92). She has been teaching at the School of Visual Arts since 1991,
and the Maryland Institute College of Art in Baltimore since 2010. 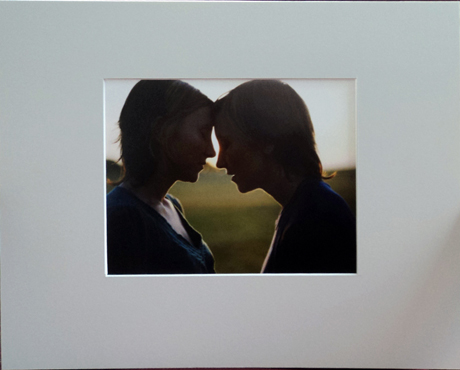 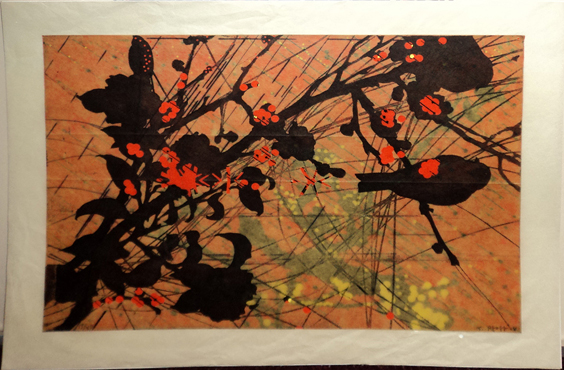 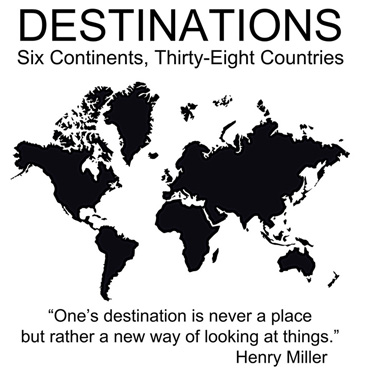 An art collection creates unity and cohesion by being reflective of the world’s history. Within each collection a narrative begins to form, thus bridging the gap between time and place into one singular moment within the gallery space. The Collections of Hobart and William Smith Colleges bring together artworks from Africa, Asia, Australia, Europe, North and South America. This collective diversity reflects the Colleges’ on-going efforts to create an atmosphere which embraces students’ and our community’s multiplicity of knowledge and experience.

Throughout North American history, especially the Pre-Columbian era, artists in developing societies and cultures were impacted by their experiences and surroundings. Religion, the environment, as well as the eventual influence of various other cultures, were at the core of North American art. Contemporary South American art flourished under the influence of political controversy and European supremacy. From these factors grew a distinctive art and culture of personal experiences, independent identification, and tradition.

European art introduced new mediums and techniques. A harmonious marriage formed between tradition and emerging modernity within works of art. European culture allowed modern thought to demonstrate conceptual power, giving the artist a capacity to
discover the unseen inside the ordinary. African art, both functional and aesthetic, echoes the traditions of its cultural origins. The forms present in African art would later help influence the development of artistic movements in Europe, such as Cubism.

Due to Asia’s vast size and population, the art, like Asia’s inhabitants, represents a myriad of cultures and ideals. Both secular and religious works are on display in this exhibition. Though Australia is a country whose foundation was established by Europeans, the artworks shown are rooted in Aboriginal tradition. The two works in this exhibition call upon patterned design and naturally occurring pigments to honor the continent’s original identity.

In experiencing this exhibition, we can consider why we travel to see art. For students of art and architecture, no matter their age, the reason to travel to study is a pursuit of authenticity. Even when we walk across campus to see art from six out of the seven continents in the Davis Gallery, we are having a different experience than we would on a computer screen, the page of a book, or in a classroom.