Artist and educator Chunwoo Nam was born in Seoul, Korea and holds a B.F.A. degree from the University of Hong-Ik, Korea; studied fine art lithography at the Tamarind Institute in Albuquerque, New Mexico; and received his M.F.A. from the State University of New York at Buffalo. His work is exhibited internationally and he has taught at the Herron School of Art in Indiana. His work can be found in the following collections: Tokyo Metropolitan Art Museum, Japan; National Taiwan Museum of Fine Arts, Taiwan, R.O.C; Kennedy Museum of Art, Athens, Ohio; the Novosibirsk State Art Museum, Russia, and more. His Individual Story series, which demonstrate his mastery of many techniques in printmaking and drawing materials, portray the challenges he has met being an Asian artist in America, as well as the assimilation of his family and ongoing issues that affect new generations. Later work, including performance art, video and sculpture, address political and economic issues associated with globalization.
Master printer Chunwoo Nam printed the lithographs drawn by Harvey Breverman in the portfolio Drawn from Life, 2005, that was donated to BPAC in 2012. Nam was assisted by John Shera, John Lee and Seung ho Shin in editions at the University at Buffalo’s Experimental Print Imaging Center (ePIC), which served as the portfolio’s publisher.
Nam’s work has been exhibited internationally, including the International Print Exhibition In Tokyo and the 14th Tallinn Print Triennialin Estonia in 2007. He has received many awards for his prints, including recognition in Korea, New Zealand, Russia, Japan, Estonia, Hawaii, and across the continental United States, including a 2005 Artist’s Fellowship from the New York Foundation for the Arts. His prints are included in the permanent collections of numerous museums, including the Tokyo Metropolitan Art Museum Ueno, Japan; National Taiwan Museum of Fine Arts, Taiwan; Novosibirsk State Art Museum, Russia; Museum of Tama University, Japan; Kennedy Museum of Art, Ohio University, Athens; UB Anderson Gallery, Buffalo; Columbia College, Columbia, Missouri; Rochester Print Club, Rochester, NY; Robert Blackburn Printmaking Workshop, New York; Guanlan Print Studio, Guanlan, Shezhen, China; and The Space, Seoul, Korea.
Nam’s triptych print is a study of identity. The left panel is a representation the artist’s shadow; the central panel represents the isolation felt by the artist in the communities he inhabits and the final panel is an indistinct self-portrait.

Netsuke are miniature sculptures that were invented in 17th-century Japan to serve a practical function. Traditional Japanese garments—robes called kosode and kimono—had no pockets; however, men who wore them needed a place to store their personal belongings, such as pipes, tobacco, money, seals, or medicines. Their solution was to place such objects in containers (called sagemono) hung by cords from the robes’ sashes (obi). The containers may have been pouches or small woven baskets, but the most popular were beautifully crafted boxes (inrō), which were held shut by ojime, which were sliding beads on cords. Whatever the form of the container, the fastener that secured the cord at the top of the sash was a carved, button-like toggle called a netsuke. Netsuke, like the inrō and ojime, evolved over time from being strictly utilitarian into objects of great artistic merit and an expression of extraordinary craftsmanship. Such objects have a long history reflecting the important aspects of Japanese folklore and life. Netsuke production was most popular during the Edo period in Japan, around 1615-1868. Today, the art lives on.
People born in the year of the Ox are patient, mentally alert and when required to speak are skillful. They have a gift for inspiring confidence in others. This allows them to achieve a great deal of success. 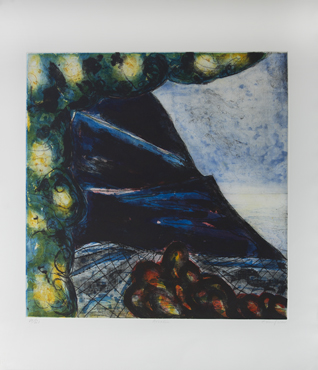 Gregory Amenoff is a painter who lives in New York City and Ulster County, New York. He is the recipient of numerous awards from organizations including the American Academy of Arts and Letters, National Endowment for the Arts, New York State Council on the Arts and the Tiffany Foundation. He has had over fifty one-person exhibitions in museums and galleries throughout the United States and Europe. His work is in the permanent collections of more than thirty museums, including the Whitney Museum of America Art, the Museum of Fine Arts in Boston, the Museum of Modern Art in New York and the Metropolitan Museum of Art.
Amenoff served as President of the National Academy of Design from 2001-2005. He is a founding board member of the CUE Art Foundation in New York City and serves as the CUE Art Foundation’s Curator Governor. Amenoff has taught at Columbia for the last eighteen years, where he holds the Eve and Herman Gelman Chair of Visual Arts and is currently the Chair of the Visual Arts Division in the School of the Arts. He is currently the Vice-President of the National Academy.
In 2011 he received the John Solomon Guggenheim Fellowship.
“I spent the summer of 2001 working in a studio on Cape Cod. All the images from that summer employed a foreground framing element (which I loosely imagine as a floral trellis) that set off a more distant and abstract landscape space. One of the paintings from that group “Trellis” (Grey Butte), was essentially tonal; I thought the structure would be good in a print. I began this print soon after 9/11 in the studio floor I share with master printer and artist Mohammad O. Khalil. Although the combination of soft and hard forms remained similar to the forms in the painting from which they are drawn, the color and atmosphere became a critical element in this print.
“As in much of the work over the past four years, I hope this print sets up a metaphorical space for an emotional condition akin to feeling of longing – being in one space and yearning for the peace and release of another. Hence the title: “Arcadia” a space beyond all our reach.”
Gregory Amenoff is a painter and printmaker who lives in New York City and New Mexico. Amenoff has been a professor of art at Columbia in New York City since 1994. He has also taught at The School of Visual Arts in New York, and Rhode Island School of Design, Yale School of Art and others.

Patrick Nagatani is an internationally known artist with a long and distinguished exhibition record. He is based in New Mexico and is represented by Andrew Smith Gallery in Santa Fe. He has a 2010 retrospective monograph entitled Desire for Magic and the exhibition Desire for Magic has been shown at the University of New Mexico, the Japanese American National Museum in Los Angeles, and the Clay Center for the Arts and Sciences in Charleston, West Virginia.

In this series Nagatani uses photography to explore the potential of colored light as a healing tool. The pseudo-scientific images ask the viewer to temporarily suspend belief, while drawing them into a visual story that has elements of truth and fiction. On another level of exploration, light is the basis of the medium of photography, and his use of color and carefully orchestrated characters and props create new compositional experiences.

This is one of my favorite photographs by Erwitt. I always appreciate a good capture of art within art.

Born on July 26, 1928, in Paris, Elliott Erwitt spent his childhood in Milan.  His family moved back to Paris in 1938, and immigrated to New York the following year then moved to Los Angeles in 1941.  His interest in photography began while he was a teenager living in Hollywood.  While attending Hollywood High School, he began working in a commercial darkroom in 1944.  In 1948 Erwitt moved to New York, there he met Edward Steichen, Robert Capa and Roy Stryker.  After spending the year 1949 traveling in France and Italy, Erwitt returned to New York and began working as a professional photographer.  Drafted into the army in 1951, he continued to take photographs while stationed in Germany and France Elliott Erwitt was invited to join Magnum Photos in 1953 by Robert Capa.  A member of the prestigious agency ever since, Erwitt has served several terms as its president .  One of the leading figures in the competitive field of magazine photography, Erwitts journalistic essays, illustrations, and advertisements have been featured in publications around the world for more than forty years. Presently Elliott Erwitt is archiving his massive collection of works while keeping active in the Editorial and Advertising fields. Based in New York City, Elliott Erwitt travels obsessively.

Elliott Erwitt’s glimpses of New York City are sometimes gritty, sometimes elegant, yet always true to life. His monochromatic tribute to the Big Apple contains all the shadings of this vital metropolis. Capturing the true diversity that makes this city great, this selection of images spans Erwitt’s career, including many previously unseen works from the ’50s and ’60s. It is a memorable tribute to a great city and a reflection of a great photographer’s genius.

Kevin Frances is an artist who lives and works in Boston, Massachusetts. He received his MFA in Printmaking at the Rhode Island School of Design in 2013, and his BA in Art Studio from the University of California, Davis in 2010. In 2012 he was a participant at the Skowhegan School of Painting and Sculpture. His work includes prints, books, ceramic sculpture and installation and has been shown at the International Print Center New York, David Krut Projects in New York, the Kala Gallery, Berkeley, and the Highpoint Center for Printmaking, Minneapolis.

The result, above, is a woodcut printed in the Japanese technique, comprised of five blocks that together form the final image. The Japanese technique is distinct in that the blocks are printed with water-based inks using soft brushes instead of brayers, allowing subtle gradation of color.